Some Cost a Passing Bell

Second in the Haunted Ozarks series 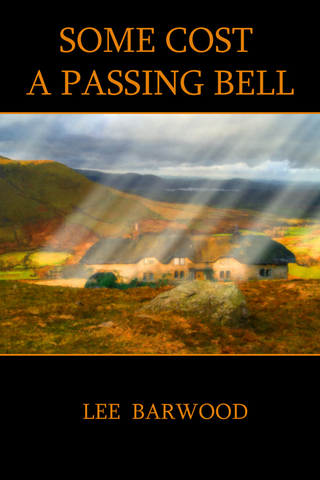 When love and hate battle beyond the grave, who can survive?

The headlines are vicious – philandering husband murdered by mistress, who commits suicide. But the haunting is worse: Camilla Carthan, the widow, can’t even grieve. Her husband betrayed her at every opportunity; now that he’s dead, he won’t leave her alone. Each night Tim returns in nightmares, with his dead mistress, looking even worse than he did on the morgue table and promising to stay with her forever. Though others knew him as vindictive and unfaithful, Camilla never saw the side of her husband that survived death. But now she’s coming to know that side of him all too well.

In those nightmares, though, she finds shelter in a remote and ancient farmhouse that seems to offer protection. A golden-eyed presence there keeps Tim’s gruesome ghost away, and when she wakes Camilla is convinced it’s real; if she can find it, she believes, the nightmares will stop. Desperate, she sets off on her quest, not knowing her sanctuary too is haunted – by a man who went mad and died there.

Jeffrey Adams loved not wisely but too well; when his true love turned him down, he lost his reason. He died in the home he’d built for the girl who refused him, already bound to it with power so strong it’s kept him there for nearly two centuries. He’s used that power over the passing decades to ward off intruders and vandals, gaining his old home a terrifying reputation. Yet when Camilla, desperate, finds him in dreams as she flees from malevolent spirits, he offers her shelter – and later, love. Drawing on the ancient energies in the Ozark hills, he blocks Tim Carthan’s spirit from following his widow – and makes a powerful enemy.

The locals interpret Camilla’s residence in the house as witchcraft; at the same time, Tim is learning to use the strange, powerful forces on the other side of life. When he lived, he denied the existence of paranormal phenomena; now he understands too well how real they are; he unconsciously used them all his life. He may be new to death, but not to the use of power. He learns fast, practicing his new talents and taking out his rage at being dead on any handy target. Seeking revenge as much as reunion, he’s determined to challenge Camilla’s protective companion – and he doesn’t care who gets in the way. People die horribly, and are reanimated to terrify others.

No one is safe as Tim learns to use the power in the hills where his widow now lives. The residents credit Camilla with Tim’s evil deeds and decide to stop her. But they’re up against a vast, terrible power as ghost fights ghost with the living as the prize.