Tried E-books yet? Try this one!

A Dream of Drowned Hollow 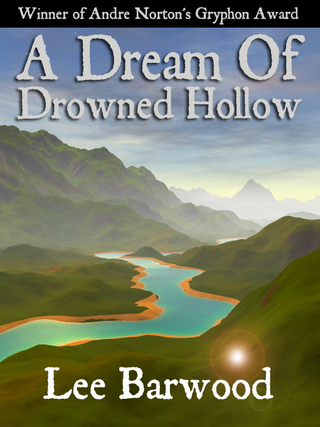 There are spirits afoot deep in the Ozark hills of Blackburn County, Arkansas. Things happen. Ghosts walk. Elemental creatures dance to the wild music of the rhythms of Nature. And those who’ve lived in the hills for generations can see them.

But now there’s activity of another kind ravaging the hills; bulldozers, chainsaws, and hunters of man and beast. As old-growth trees fall to developers, rivers are dammed, hollows are flooded, and residents are driven from land settled by their many-times-great-grandparents, April Rue Stoner hopes against hope that her gift can help her stop the destruction before everything she’s ever known is gone.

Excerpt from A Dream of Drowned Hollow

And there’s places where age and wind and the weight of being have rounded the edges, softened the outlines…bowed the shoulders.

The Ozarks once thrust themselves up above the top of the world, higher than any others, braver than their sisters. They was bold, and reached out to meet sun and moon first, to bask in their light before it could reach any of the other, shyer mountains-to draw the magic of the sun and moonlight down into the hollows that lay in misted shadows among their lofty peaks. They was the guardians, the sentinels, the watchers; together they stood brave and bold as one of the First Places. They was tall then, the Ozarks, taller than the Himalayas, braver and more daring than their companions. They was older than the others, but still young.

The ages passed, and the winds and rains come and gone, and come again. Storms battered the proud heads that stood so high above the rest, and little by little, the guardians, the sentinels, the watchers was bowed, eroded, worn down by the cares of being. They backed down from their stance among the mountains till they wasn’t much more than hills compared to their younger sisters.

But they kept the magic.

An’ now they’s one of the Old Places.

He can feel it in his bones.

The Old Places of the earth was home to many things besides man. They was shelters for those others, till man come in with his building and despoiling and his overwhelming numbers and destroyed one Old Place after another. The others fled before him, from his ruination, till there wasn’t but a few places left to hide.

The Ozarks is still an Old Place.

There’s parts, of course, where man’s come in and civilized things till the places ain’t fit for man nor beast, much less those others what used to live amongst us when we wasn’t so God-awful ignorant of the magic in the world. There’s places in the Ozarks where cities have sprung up like colonies of some sort of petrified toadstool, and people’ve spread out from them like so many spores to start new colonies. There’s places where man has come in and drowned the hollows that used to hold homes and farms and boneyards of loved ones, all in the name of good fishing, or so it seems to me. Now I like fishing as well as any man, I suppose, but right’s right, and all those places is gone forever, drowned like so many landbound wrecks of ships. And I ain’t sure that’s right at all.

Still, there’s also parts where man ain’t tried to take over, but just lives on the land along with the others who was here before, who stayed behind. Parts where fences might march across the landscape, but nobody keeps guard to watch the comin’s and goings of those who was here before man, who ain’t none of his business. Or those who once was men and lingered on, and still ain’t none of his business. Parts where the others still live.

Parts where caves and hills and hollows shelter more than bats an’ wild things….

There’s people who’ve learned to live with the others. There always was, but folks don’t talk about it much-after all, if a body lives with them others, he don’t give them away to strangers, outsiders. They’s almost kinfolk.

A body protects his kin.

And they protect him.

The knowledge is passed from generation to generation, along with a healthy respect for them that live in the Old Places. Sometimes, it’s passed from male t’ female, from female t’ male, but in the hills, they don’t talk about that much neither-they’re usually folks on the dark side of the knowledge. There’s ways t’ walk in the light, or in the shadow. Not all the ways to walk in the light belong inside a church, nor all those in the shadow belong outside. And mostly, them as knows, ain’t talking. But the knowledge is old, and it gets passed on, one way or another.

There’s old families whose members can feel the presence of spirits and haunts, sometimes even see them. They got other powers too, these old families; conjuring powers and healing touches and sight and understanding of things closed to most. We call them granny women and witch masters, goomer doctors and conjure folk. And then, of course, there’s witches, but they’re a whole ’nother story.

And once in a while, in one of these old families, somebody’s born who can not only see and feel the others that share the Old Places, but have some other talent. Something special.

This is April Rue’s story, and one of something bigger; it’s about love, and survival. And it’s a tale of how man and magic can sometimes live together, even now.

But mostly, it’s the story of an Old Place-right here in Blackburn County.
See the YouTube trailer for A Dream of Drowned Hollow!